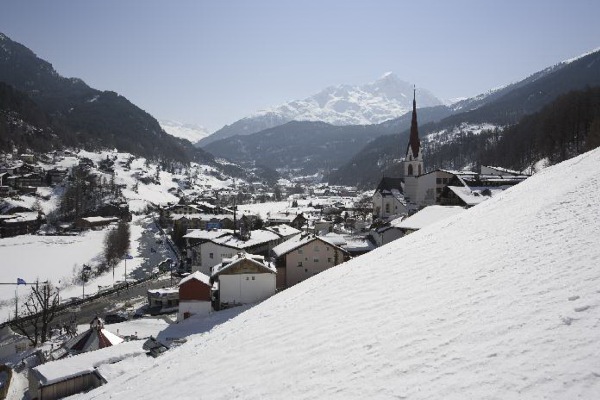 Solden is a traditional village high in the Oetz valley just before the resort of Obergurgl. Situated at 1380m on a busy through road it isn't really a charmer and has the ambience of a small town rather than a ski village. Having said that when you move off the main road there are quieter and more picturesque areas of this resort. Although not hugely popular with us Brits the resort is gaining in popularity and reputation and it won't be long before before its demand will be similar to that of Ischgl. In contrast, the resort is very well known and very popular with the Germans, Scandinavians, and Austrians.

The ski area is high ranging from 1380m to 3250m and has the added benefit of two glaciers which result in the main ski season starting in November and finishing in May. Solden has a very efficient lift system with the two main departure points being at opposite ends of the village. Although there can be some bottlenecks at certain busy periods, these are rapidly dispersed.  There is a regular bus service that operates around the resort  and also for day excursions to Obergurgl  (just 20 minutes away).

Beginners, in truth, are better going elsewhere. The resort feels busy and can look a little intimidating. The nursery area is accessed by two drag lifts and sits above Solden in an area called Innerwald. This facility is actually very good  but progression means taking the gondola up to Giggijoch and skiing the blue runs there. Beginners will be far better off in Obergurgl.

Intermediates will love Solden from early intermediates right through to those bordering on advanced. There are a vast array of testing red runs mainly above the tree line. Some of the blacks are easy enough for an intermediate to tackle and for those that are more timid a good selection of blues, but be warned some of these can get busy.

The black runs vary from easier to expert terrain. There are plenty of verticals for experts and lots of off-piste opportunities to the higher end skier. Some of the red pitches are decent too and overall good skiers will love this resort.

Boarders will be delighted with the ski area. Yes, there are a few drags owing to the glaciers but as with skiers what's good for the goose is good for the gander. There are also a couple of terrain parks, the best being the Swatch snowpark on the Giggijoch.

Solden has a sports centre with a swimming pool & an ice rink for those looking for activity away from the slopes. Further a field there is an amazing thermal spa centre called the Aqua Dome at Langenfeld; this can be reached by a short free bus service. Non skiers also have a weekly programme of event plus the usual sleigh rides, ice climbing, snowshoeing, etc.

Dining out in Solden offers a plethora of opportunities with anything from pizzas to good Tyrolean food.

Solden's apres ski is legendary. It starts in the mountain bars and piste-side watering holes from as early as 3pm. The bars on the Giggijoch are in full swing from 3pm to 6/7pm and then the focus alters to the village centre. Fire and Ice is rammed every night until 3am and other bars are equally as popular. The Lucky Shag is normally very busy too as is the Schirmbar. Table top dancing is the norm here and for those wanting a more seedy scene then the lap dancing bars will not disappoint!

The oldest hotel in Hochsölden at 70 years, the Alpenfriede is one of a small handful of hotels in this small, tranquil resort – and arguably one of the best....

The Bergland hotel is the oldest established hotel in Sölden. Its history dates back 60 years. In recent years though, the hotel was completely rebuilt and it now has the...

The Erhart is a modern 4-star hotel situated in a quiet yet central location, just a short walk to the village and the Gaislachkogel gondola. The hotel has a charming...

Combine the comforts of a 4 star hotel with the homely feel of an Austrian guesthouse and you’ve got the Die Berge Lifestyle Hotel. In a lovely setting in the...

The comfortable Hotel Sölderhof and Residenz Tamara are located in a quiet, yet central part of Sölden, 100m apart across the road. The Giggijoch gondola is only 300m away, and...

The stylish Hotel Tyrolerhof is in a great spot for easy access to the lifts, bars and nightlife Sölden has to offer. Just a short walk to the main Giggijoch lift which takes...

The superb 5 star Das Central is the height of luxury in Sölden. Just steps from the resort centre and 10 minutes from the lifts, the Central is impossible to...

The Hotel Regina really is a special hotel – not only for the location, but also for the high quality food, service and facilities. The Regina is in a...