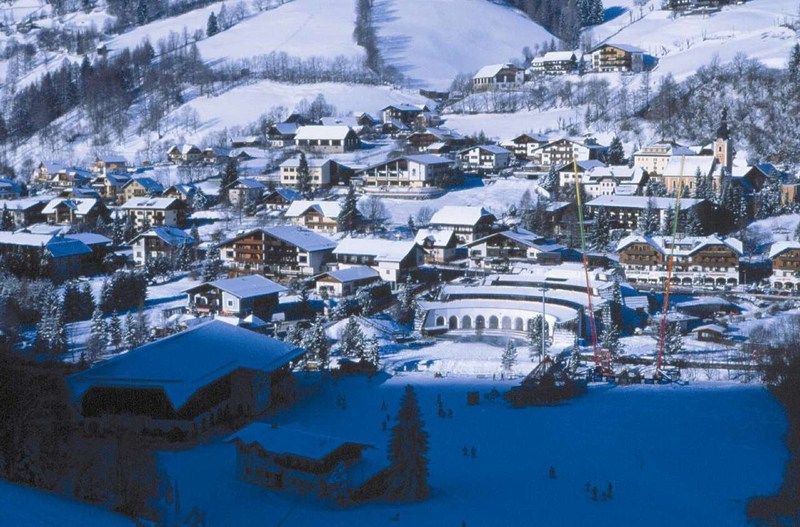 A picturesque ski and spa resort in the south of Austria.
Situated in the Austrian Alps close to the Italian and Slovenian border, lies the picturesque ski & spa resort Bad Kleinkirchheim. With 25 ski lifts, 23 ski huts, 103km of perfectly groomed pistes plus extensive snow-making facilities guaranteeing unlimited skiing pleasure. BKK, as the locals call the town, is considered one of the 20 most popular resorts in Austria and owes its importance to two healing thermal spas. Probably the most popular local is Olympic champion and skiing legend, Franz Klammer, who has a downhill run and mountain restaurant named after him. Franz still hosts ski days on selected dates, so you can ski with a champion downhiller. Non-skiers can also enjoy cleared walking paths, ice-skating, tobogganing and snowshoeing or explore the resort by horse-drawn sleigh.

The traditional and cosy Trattlerhof is lovingly run by the 5th generation of the Forstnig family and enjoys an excellent reputation for comfort, cuisine and friendly service. Situated in a...

Lovingly run by the Ortner family and set in a quiet location, the superior Hotel Eschenhof has an excellent reputation for high standards of cuisine and hospitality. Staff are attentive...

Conveniently located opposite the St. Kathrein Thermal Spa and only 100m from the Maibrunn lift, the family-run Kolmhof offers a large leisure area including a heated outdoor pool and various...

This luxury spa hotel is lovingly run by the friendly Pulverer family who pride themselves on their hospitality as well as the home-from-home atmosphere they have created in their superior...

Centrally located and surrounded by a park, this cosy boutique hotel is located opposite the Kaiserburg lift base station and close to the Römerbad thermal spa. The hotel has its...